Bouquets of peonies with delivery in Kiev 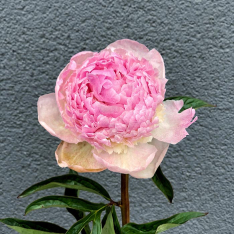 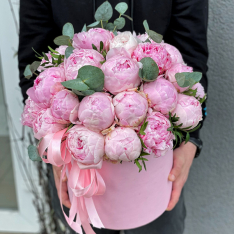 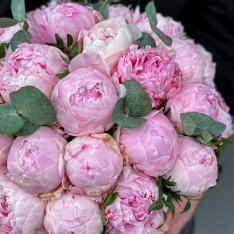 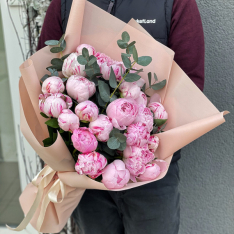 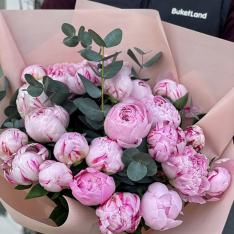 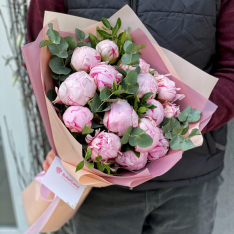 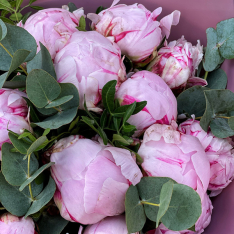 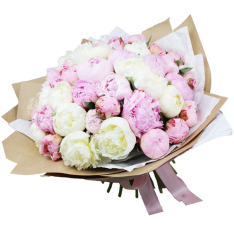 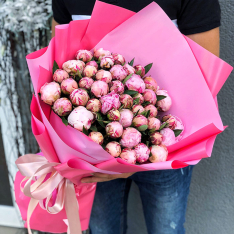 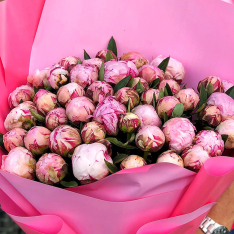 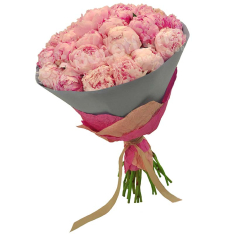 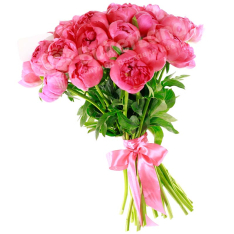 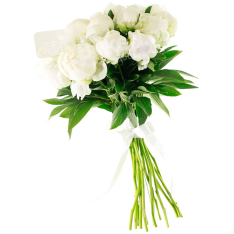 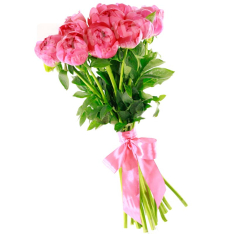 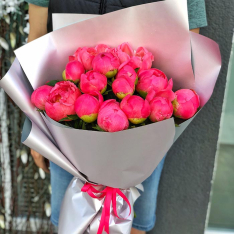 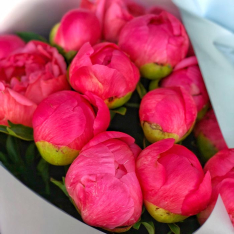 Buy peonies in Kiev you can not only the traditional white, pink and bright crimson hue, as well as gently lilac, pearly and others. By their aroma peonies resemble roses, violets and lilies of the valley. You can buy peonies in Kiev in the beginning of summer. And although peonies do not bloom longer than two weeks, it is quite easy to find them.

Beautiful and delicate peonies give us their beauty at the very beginning of summer. These magnificent fragrant buds fill the flower counters, subterranean passages and even flower beds, while giving us their beauty and a sense of lightness.

The history of these flowers begins with ancient Europe and eastern China. Surprisingly, initially the peony bush was considered an edible and medicinal plant and only later became a decorative ornament of our houses. Chinese merchants used peonies as a commodity for sale along with silk and spices. It was believed that the root of pions can be protected from evil spirits, and also has a strong soothing effect. It's no accident that many doctors of the ancient world were making potions from it.

One of the versions of the origin of the name "peony" begins in Ancient Greece. In those distant times lived the physician Peon, a famous student of the god of healing and medicine of Aesculapius. He could quite successfully cure any disease with the help of a decoction of different plants and even during the Trojan War cured the god of the underworld and the realm of the dead - Pluto. After such a success in medicine, Aesculapius could not calmly take over the superiority of his pupil and decided to destroy him. To avoid terrible revenge, Peon turned to the gods of Olympus for help and they saved him, turning the young man into a beautiful flower. So the name of the flower "peony" appeared, which in translation means "doctor". The Greeks themselves considered the peonies a symbol of longevity.

Ancient Rome gave us a legend about how the flower goddess Flora once wished to punish the peony because of his bombast, vanity and unwillingness to recognize the rose as the queen of flowers. But further to threats, the matter, to our happiness, did not reach. And to this day peonies are deservedly considered the best long-livers of gardens, bringing people, butterflies and bees joy.

The real birthplace of pions can be rightfully considered China. In this majestic country, peonies are symbols of wealth and elite. Legends of peonies in China are passed on from generation to generation. Once upon a time, peonies were allowed only near the palaces of the emperors. One of the many legends tells the story of a gardener who grew in his garden only peonies of all shapes and shades. But the capricious prince, the son of a mandarin, did not like his garden, let alone the flowers, and he began to trample them, break them and destroy them, ignoring the old man's pleas to immediately stop. An angry old man grabbed a stick and severed the prince, and then burst into tears of grief - the garden was destroyed. And then a kind fairy appeared before him, which helped him to revive all the peonies to the last, making them even more beautiful. The restless prince accused the old man of witchcraft and ordered him to be executed, and destroy the garden so that the trail does not remain from the hated flowers. But then a strong wind blew, and all the peonies turned into beautiful girls, whose dresses were woven from the delicate petals of these flowers. The girls waved their hands and from the rising vortex the prince was carried away to the mountains, where he crashed against the rocks. The old man was released from custody, he began to care for his garden even more carefully. For today in China peonies are considered symbols of good and prosperity.

As for the selection of peonies and the breeding of new varieties, this was started from the very beginning in China. But the real progress in this difficult matter was achieved by the Japanese. It was thanks to the Japanese breeders that the peonies acquired their inherent elegance and sophistication. It was from Japan that an unusual sort of white peony called Maryin root came to Siberia. Mongols cook soup from it, and the dried flower seeds are added for flavor in tea.

To date, peonies have become widespread ornamental plants. They are loved for their magnificent beauty, unsurpassed delicate fragrance and large flowers. At what coloring of the last can be absolutely various.

In any big and small city of Ukraine, such as Odessa, Zaporozhye, Poltava, Chernihiv, Brovary, Shepherds, Vyshgorod and many others, you can buy this beautiful flower. In other words, in virtually any city you can now order delivery of peonies and of course Kiev is no exception to this list. Many blowers are crazy about these delicate and fragrant flowers. Very often, a bouquet of peonies order to mom for her birthday or on March 8th. This bouquet is suitable for any girl or woman, regardless of age and views. Therefore, choosing such a delicate bouquet you will always win!

Thanks for your order!
Our manager will contact you soon
<!--'>